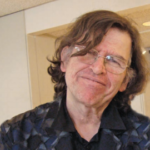 “Mathematics has a remarkable beauty, power, and coherence, more than we could have ever expected. It is always changing, as we turn new corners and discover new delights and unexpected connections with old familiar grounds.”

In the hope of capturing a small glimpse of Thurston’s vision of turning new corners and discovering new delights, I want to talk a little about an interesting sequence of whole numbers.  So enchanting is this sequence that it holds numerous opportunities for investigation by school students, and challenges for research mathematicians.

The sequence I want to discuss comes from the so-called Wythoff array.

This is an infinite array of whole numbers, the beginning of which looks as follows: 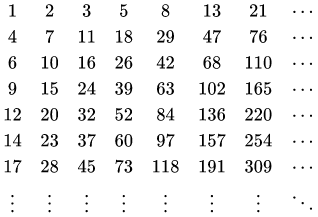 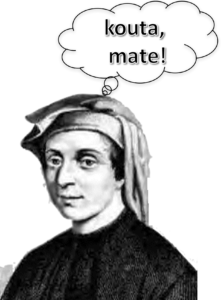 are determined by the recurrence

and the initial conditions for

As you can check from the beginning of the array, shown above, the numbers in each row, are, after the first two, just the sum of the two preceding numbers in the row.  Each row, in other words, is just a variant of the Fibonacci sequence: what changes is the pair of initial conditions – the first two numbers – in each row.

This infinite array was named after the Dutch mathematician Willem Abraham Wythoff (1865 – 1939), although Wythoff himself did not write down the array:  D. R.Morrison, in a 1980 article, “A Stolarsky Array of Wythoff Pairs”,  named the array after Wythoff because of Wythoff’s investigations of Wythoff’s game.

and where , for a real number

is the floor of

There is a way to write the entries of the Wythoff array directly in terms of the Fibonacci numbers, detailed in 1994 by Clarke Kimberling:

The Wythoff array has several interesting features, not the least of which is that every positive integer occurs exactly once in exactly one row of the array.

Question: Can you devise a method (an algorithm?) which, given a positive integer

We will denote the diagonal entry

of the Wythoff array by

. The recurrence for the general entries of the Wythoff array then gives the following formula to calculate the diagonal entries:

can also be written in terms of a Fibonacci-like recurrence, but with variable coefficients:

are rational numbers dependent on 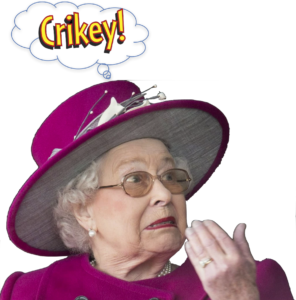 and equate coefficients of

are rational numbers and their first few values are: 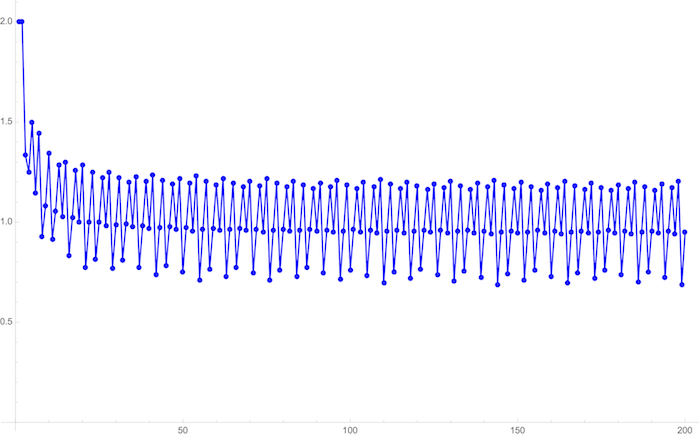 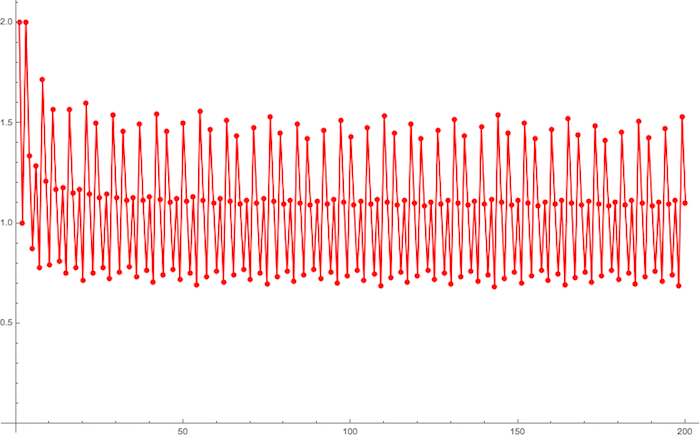 It is easy enough to implement the Wythoff array in a spreadsheet.

Here’s the result of calculating the first

entries of the Wythoff array in Excel, using the built-in Excel floor(- ,1) function: 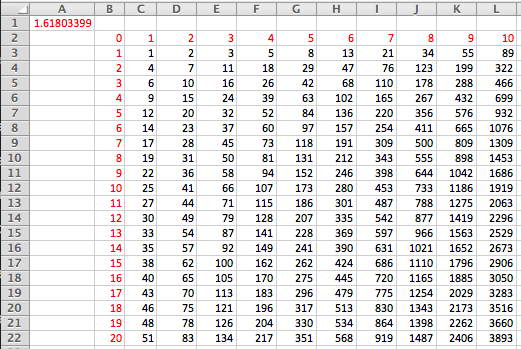 and here are the Excel formulas for the first 4 rows and columns:

Calculations for the diagonal entries

are also easy to implement in Excel: 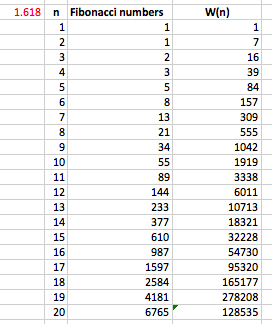 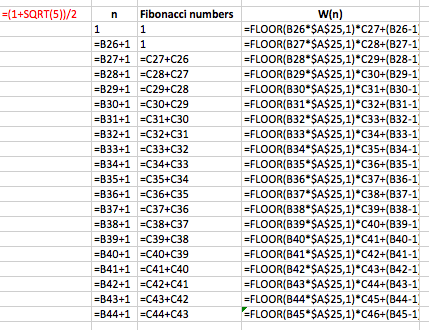