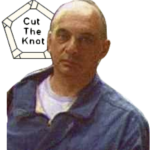 Alexander Bogomolny (@CutTheKnotMath) has a post on his website Cut The Knot dealing with the probability of an odd (or of an even) number of 6’s when tossing a bunch of fair dice:

The answer, at least to this bear with a small brain, was initially confusing: there is, at least for a small number of dice – say 7 or so – a somewhat greater chance of getting an even number of 6’s than an odd number.

My confusion lifted when I plotted the result and remembered that, for the purposes of this problem, 0 is a perfectly good even number.

Here is the solution given on Alexander’s post prior to my tweeting him a plot (now shown on his web page): 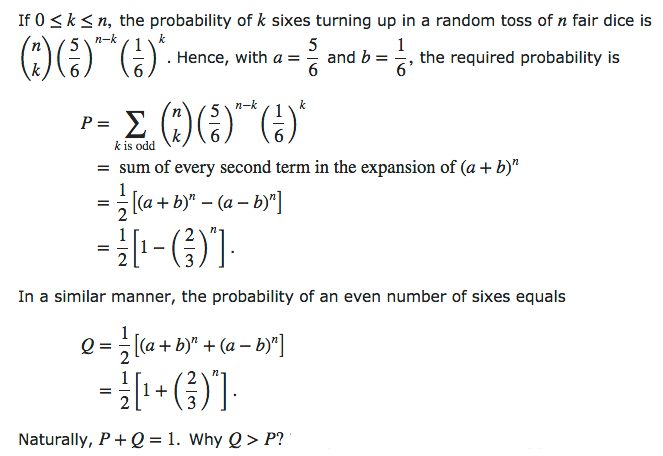 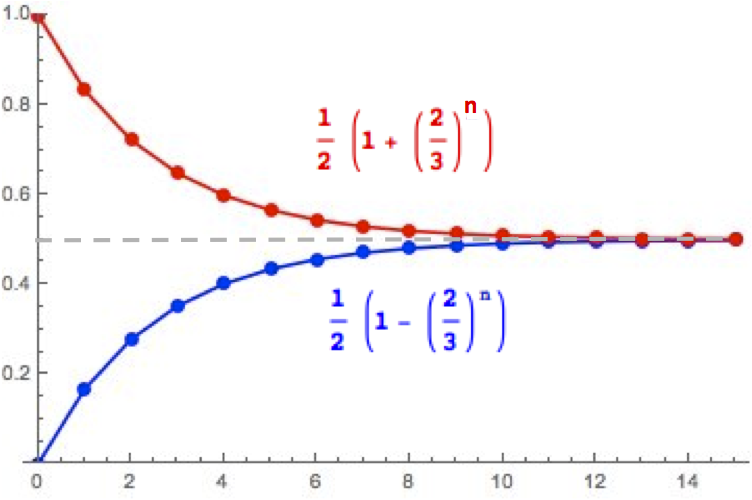 So throwing no die does give us an even number of 6’s, namely 0 6’s, with probability 1. 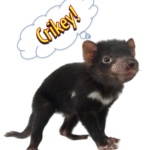 We might, in a somewhat devilish mood, ask: what is the probability of getting a number of 6’s that leaves a remainder of 0 (or 1 or 2) mod 3 when we toss n dice?

term in the binomial expansion of 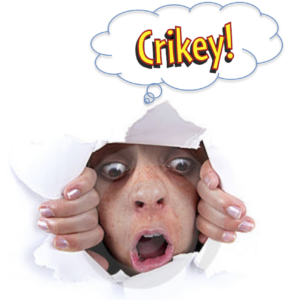 We can compute these probabilities in Mathematica as follows:

with the result (for 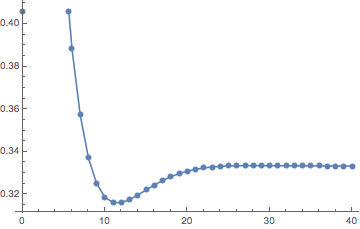 Unlike the odd/even cases, these probabilities are not a monotone function of n, and decrease until n =12 in which case they then converge, as we expect, to 1/3 (but not monotonically).

We can calculate the probability that the number of 6s is of the form 3p+1 or 3p+2 similarly, and here is a plot of those probabilities for n ranging from 0 though 30: 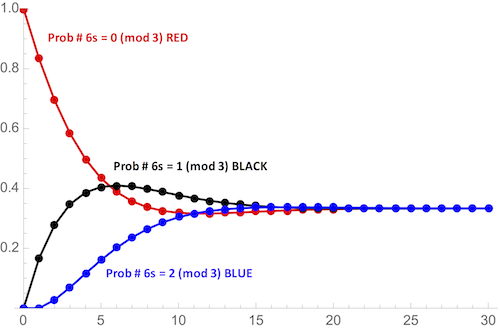 The probabilities converge, as we expect, on 1/3 as n increases.