Exploding dots machines arise from patterns of dot replacement, which should, in turn, determine a “base”.

For example the replacement pattern

gives rise to a base

, whereas the replacement pattern

gives rise to a rational base

gives rise to an irrational base 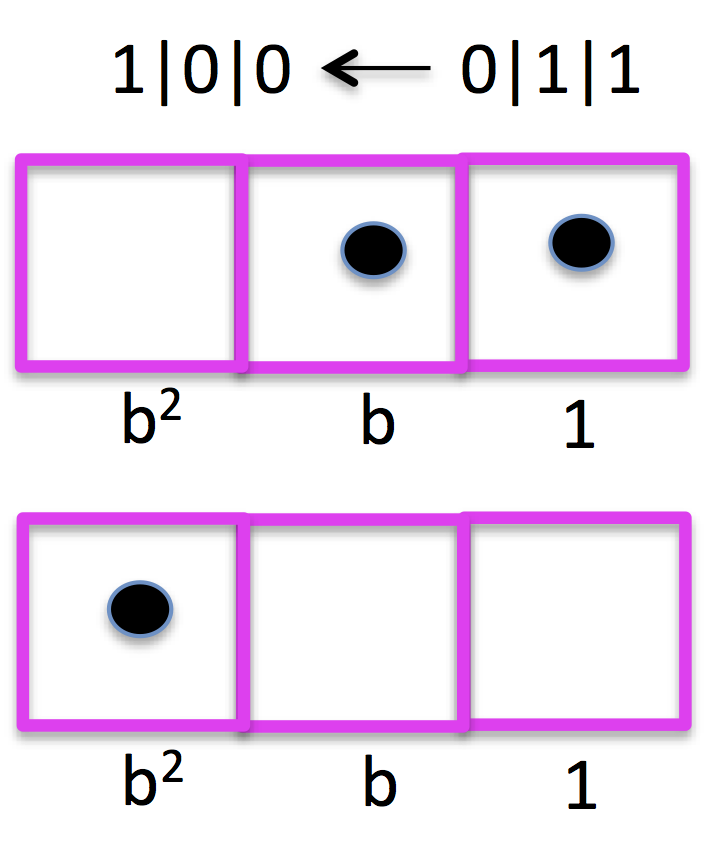 machine we see that the base is 2 because 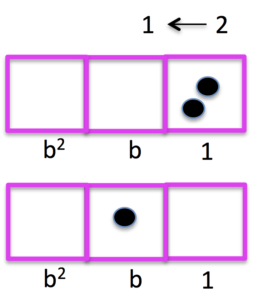 On the other hand a

machine also has base 2 because 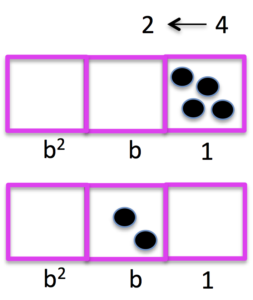 So these two machines are representing positive integers as finite sums of “digits” times powers of 2.

What’s different is what counts as a digit.

machine the digits are 0 and 1, while in the

This gives rise to correct, but distinct representations, but both “base 2”, (!!) coming from the ways in which the two different machines operate: 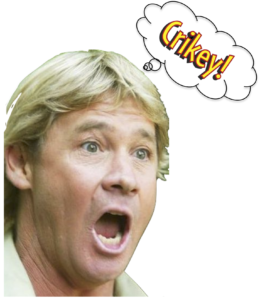 The connections between the pattern that defines an exploding dots machine, the digits that are allowable, and the algebraic number that results from the pattern, is not entirely clear.

And what happens if a pattern gives a root of a cubic as the base? Do any of the – possibly complex – roots also work equally well? And what are the allowable digits then?

For that matter, what if take the negative root of

as the base for an exploding dots machine with pattern