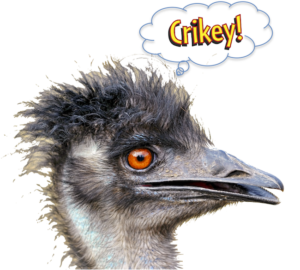 Andrew Hacker was reported in the New Yorker, June 27 2016, as saying:

“Math is about nothing. It sounds like ‘Seinfeld.’ Math describes much of the world but is all about itself, and it has the most fantastic conundrums. But it is not about the world.”

In this commentator’s view Andrew Hacker has it wrong on several counts:

In its origins mathematics was certainly concerned with number. We can imagine, even if this isn’t how it happened, that 9,000 years or so ago in the Indus Valley, Chicken Farmer has chickens to trade at market and is happy to swap chickens for bags of corn from Corn Farmer. One week Corn Farmer has no corn but still would like two chickens. Chicken Farmer trusts Corn Farmer, gives the two chickens, and makes a mark as a reminder of the two bags of corn owed.  With much agricultural trading go on, Chicken Farmer eventually begins to group the record marks, something like:

Are these early numerical excursions “describing the world”? No, not in any sensible interpretation of that phrase.

Are they about something? Yes – they are about the loading of memories of prior agricultural exchanges into a notation system that allows recollection of the quantities traded. 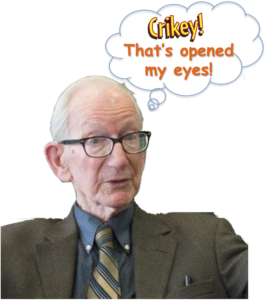 Numbers, as mental culturally acquired artifacts, are extremely useful. If George wants to know if the local meeting room in the library is large enough to hold his class he doesn’t have to transport his students to the library, sit them down, and check if everyone gets a seat. He just has to phone Annie at the library and ask her how many people can be seated in the meeting room. Numbers, in other words, can allow us symbolically, in our minds, to evaluate a question of numerosity without actually having to carry it out in practice. That’s certainly useful, and it is absolutely about something.

Once humans see numbers are useful for all sorts of activities, it’s natural to wonder about the structure of numbers – these symbolic things that allow us to make light work of certain activities. As soon as we do that we discover prime numbers. It’s natural to ask how they grow and then we arrive, after much effort, at the prime number theorem.

Is the prime number theorem about something?

Of course it is: it’s about the distribution of the building blocks of numbers, which we already know are useful and intrinsically about the human mind and culture’s way of organizing, describing and analyzing numerosity.

The prime number theorem is, if you will pardon the pun, a prime example of the “aboutness” of mathematics.

“The scientific life of mathematicians can be pictured as a trip inside the geography of the ‘mathematical reality’; which they unveil gradually in their own private mental frame.”

“non-mathematicians … are reluctant to assume an unknown world which they do not perceive.” Alain Connes