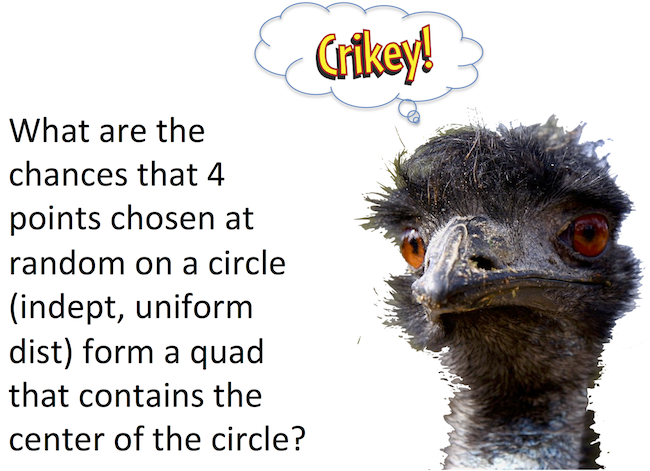 There are intelligent, even clever, ways to think about this problem. 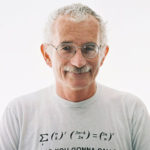 However, in the spirit of Doron Zeilberger (who, by the way, IS very intelligent), I am just going to do a simulation of choosing 4 points on the circle, independently and uniformly randomly, many, many times, and check (= count) how often the center lies in the convex hull of those 4 points.

This, by the way, is very much in the spirit of Jim Tanton’s advice that if you don’t know what to do then just do something (and think about the result).

But there’s a tiny issue: how do we choose a single point (let alone 4) uniformly randomly from a circle?

What does “uniform” mean in this setting?

Generally, “uniform” in this context is taken to mean that every line element, however small, on the circle gets it’s fair (= expected) share of points in many such choices of a point.

Let’s suppose, for the sake of being concrete and without really losing any generality, we take the circle to be the unit circle centered at the origin in the plane: 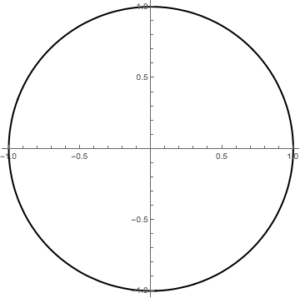 The points on the circle can be coordinatized as

When we choose 4 points uniformly randomly on the unit circle we can get two geometric objects from these 4 points:

The difference is shown in the figures below: 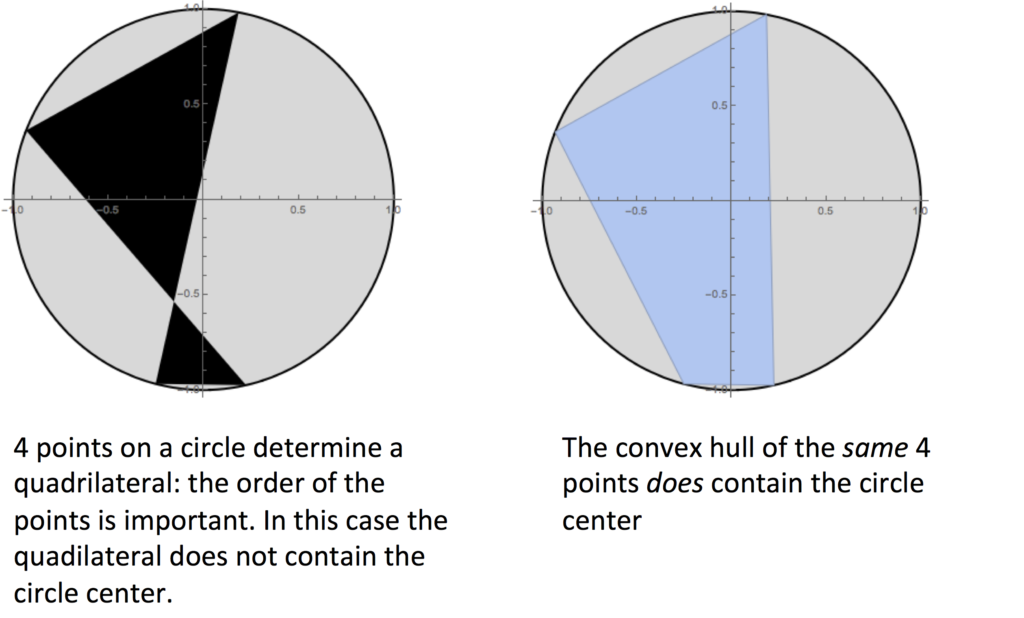 Given 4 points, chosen uniformly and randomly in order, on the unit circle, Mathematica® has a neat way of finding the quadrilateral and the convex hull determined by these 4 points, and checking whether the circle center (0,0) lies in either region:

We can simulate the choice of 4 uniformly random points on the circle a number of  times – say 100,000 – and check how often (0,0) lies in the quadrilateral and in the convex hull.

First we define the simulate function as follows:

It’s essential to put a re-seeding command inside the definition of the simulate function: without it the function will return the same result every time and will not be a (pseudo) random function.

The Mathematica® function Region Member checks whether a specified point lies in a given region.

Now we can simulate this 50,000 times, say, and calculate the relative frequency with which (0,0) lies in the quadrilateral and the convex hull:

I should probably calculate a confidence interval for these estimates, but they are so tantalizingly close to 1/3 and 1/2 respectively, that perhaps it was wise to have thought a bit harder before calculating (sorry Doron!). 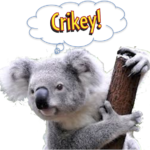 When I first read Jim Tanton’s tweet I thought he meant in or on the circle : that would mean choosing 4 points uniformly randomly from a unit disk centered at (0,0).

The interpretation of uniformly random in this case is a little different: the basic idea is that each area element should receive its fair share of points.

Mathematica® does this automatically with RandomPoint[Disk[], 4], replacing RandomPoint[Circle[], 4] , so I can do the simulation over for the disk and when I do I get the same estimates for the probabilities.

What if I choose 5 points uniformly randomly instead of 4?

What if I choose n points? How does the probability of the polygon with these vertices (in order) containing the center of the circle vary with n? And what about the convex hull?

Surely if n is very large the convex hull is almost the unit disk so the probability of the center lying in the convex hull should get closer to 1 as n increases, shouldn’t it?

Here’s a plot of the approximate probability that the circle center will lie in the convex hull of n points chosen independently and uniformly randomly on the circle, versus n: 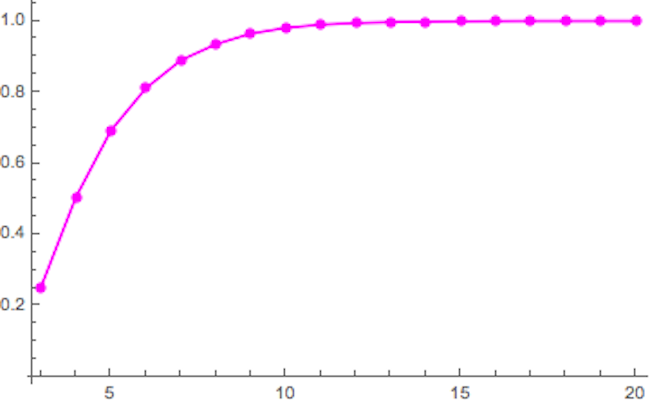